If you’re interested in learning Burmese in Chiang Mai then you’ll have a pretty good number of resources at your disposal. Burmese is a beautiful but difficult language and it will definitely be an interesting challenge! Chiang Mai has several language schools and its proximity to Burma makes this one of the best places to learn Burmese outside of Myanmar itself, party due to the number of courses and NGOs focused on the Burmese, and also due to having plenty of opportunities to converse with Burmese people in the city.

Burmese, the official language of Myanmar (Burma) is spoken as a first language by approximately 32 million people as a second language by around 10 million more, mainly in neighboring countries. Burmese is the official language but there are more than 100 other languages and dialects spoken in the country including Shah, Karen, and Kachin. With the unfortunate turmoil in nearby Myanmar, Chiang Mai has become a main destination for exiles, migrants, and refugees and there’s a large Burmese community here. So for those interested in learning Burmese in Chiang Mai, you won’t be short of people to practice the Burmese language with.

Burmese is a tonal language which means that pronunciation of certain syllables can have an effect on the word’s meaning. This alone can make it a difficult language for English speakers to master. According to the Foreign Service Institute, Burmese is in the group of ‘Category 4’ languages which means it’s expected to take 1,100 hours to learn it to proficiency. Other languages in this category included Thai, Mongolian, Vietnamese, and Finnish. The Burmese script with all its circles and squiggles looks like a fascinating thing to be able to decipher! The Brahmic script has been in use for around 1,000 years.

Chiang Mai has dozens of language schools with a focus on helping Thai people learn English and other languages, but you’ll also find plenty of schools focused on helping people learn Thai and the languages of neighboring countries. Unfortunately, the selection of schools and courses for learning Burmese in Chiang Mai isn’t so large. There are a few options for learning Burmese in Chiang Mai, though, and there are also some good books, apps, and online resources so read on for all of the information.

While language classes might be a bit hard to come by in large numbers, Chiang Mai is home to many Burmese refugees and exiles and, if you ask around, you should be able to find a freelance teacher to help you learn Burmese in Chiang Mai through private lessons or even an English/Burmese conversation language swap.

The Burma Study Center (formerly called The Best Friend Burmese Library) provides free education and community-building programs for migrants and refugees from Myanmar. It also maintains the largest English-language collection of books, reports, periodicals, and films about Burma in Thailand and it’s dedicated to providing information and research materials for universities, media groups, and other organisations. Anyone can join their library and it’s packed with great resources about Burma which will certainly be useful in your language learning journey.

Language classes here are mostly focused on providing English classes for migrants and refugees from Myanmar, but they do occasionally offer studies in the Burmese language. Classes aren’t fixed and are geared towards individuals or small groups so lessons are flexible around whatever works best for the students depending on their level, what they’d prefer to learn, and their schedule.

LICMU has its own large campus at Chiang Mai University with 36 classrooms, a 70-seater audio theater and an auditorium for 200 people. They have over 50 administrative staff as well as 30 language instructors covering a variety of languages, including Burmese. If you want to take a more formal approach to learning Burmese in Chiang Mai then get in touch and see what courses they have coming up.

This is less of an option for learning Burmese in Chiang Mai and more of an option if you want to pursue your studies of the Burmese language to a more serious level. Like a really serious, university level at one of the world’s best schools sort of serious. SOAS in London no longer offers a BA in Burmese, but they do run several individual courses in modern Burmese for beginners as part of their Southeast Asia Studies program. So if your time in Chiang Mai has inspired you on to more serious studies of the language, SOAS is one of the few global options.

Thai Freedom House has evolved from being a basic education center for refugees from Burma and other minority groups in Thailand, into a full-fledged social enterprise and resource center. Language teaching is a large part of their program and they run a paid volunteer and internship program and if you’re interested in Burmese culture and language then joining this great initiative might be a good fit. You’re not going to be getting formal training in speaking Burmese, but it’s a great opportunity to connect with many Burmese people in a useful way and you might also be able to learn some of the language with a bit of effort.

Unfortunately, you won’t find Burmese on the excellent language app, Duolingo but there’s a very good alternative called Ling. This app is more focused on Asian languages and it’s, without a doubt, the best app for Burmese. It has all of the same gamification fun you’ll find on other top apps so you won’t get bored and it’s not too expensive.

The founders of Ling have also created an online guidebook called Simply Learn which is less of a language learning app and more of a guide for useful sentences for tourists in a new country who want to know how to communicate with taxi drivers, ask for directions, or order food in restaurants. Burmese is one of their options (they also offer Thai) and it’s worth a look.

Burmese Lesson is a website that brings together a variety of tools for learning Burmese including YouTube video lessons, audio lessons, vocabulary, exercises, and flash cards. Registration is free.

Fifty Viss is a blog that’s focused on Burmese language, culture, and politics. The last post on the blog was written in 2016 but there have been more recent posts on their Facebook page which brings together lots of excellent resources related to Myanmar and the Burmese language. This is a nice starting point covering a variety of topics and makes a good introduction to the basics of the language.

The Online Burma/Myanmar Library is a collection of more than 60,000 documents on the country. If you’re interested in practicing reading the Burmese script then you can also view the website in Burmese.

Cherry’s Myanmar Lab is a fun collection of YouTube videos by a Burmese woman who offers short lessons, listening exercises with subtitles, and even videos about general life and culture in Myanmar. It’s a great resource, especially if you already have some background in the language and would like an opportunity to focus on listening and comprehension.

This isn’t an app or online language learning tool, but if you want more information on general life in Burma and are looking for a cultural guide, check out Neya Vlogs. She’s since moved on to Hong Kong, but her older posts are about her life in Myanmar as an Australian expat and they’re fun and interesting.

The School of Oriental & African Studies (SOAS) in London has put a free introductory course online called Burmese By Ear that was put together by a former professor of the Burmese language. It’s a good introduction to survival language to be able to get around, order food, etc. and to social language for getting to know people and making friends. You can either download the files or listen to it online and it’s quite thorough and of a good quality for a free resource.

Burmese for Beginners by Gene Mesher is designed for self study or classroom use and it aims to teach reading, writing, speaking, and listening and includes CDs and step-by-step instruction.

Chiang Mai is a city with a lot of residents from Burma and that makes it one of the better places (outside of Myanmar itself) to really dive into this exciting language. You’ve got a few options for Burmese classes in Chiang Mai but, just as importantly, you’ll never be short of people to practice the Burmese language with here. Imagine how people’s faces will light up when you surprise them with a bit of Burmese as you order a tea leaf salad or mohinga at your favorite Burmese restaurant in Chiang Mai! 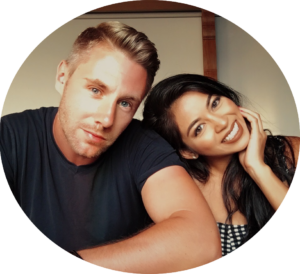 About Johnny and Jaa

An Irish/Thai couple originally based in Bangkok, escaped to build their dream life together in Chiang Mai, Thailand. After 10 years and more than 50 countries together, they want to show the best of what Chiang Mai has to offer. We hope you fall in love with CM as much as we did! 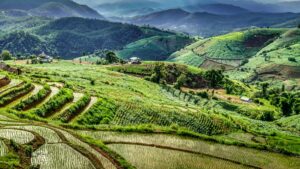 From Chiang Mai With Love